Paris. The city of lights, known to be a romantic European getaway. The well-known home of Notre Dame, the Love Lock bridge and of course wine and baguettes, of course is also home to hidden gems and adventures around every corner waiting to be discovered.

That’s why I set out. For adventure. To find something new, meet people I wouldn’t at home and immerse in a culture so different from my own. My summer European Extravaganza as I called it, began in the capital of France.

First stop of course was the Eiffel Tower. Now, if you follow Jae Marie’s Journeys, you’ll know I’ve been here before, but not like this. I had no schedule to constrict my time and every intention of doing something new and off the beaten path. But no trip to the City of Lights is complete without stopping at the famous pointed tower that sits not too far off of the river. 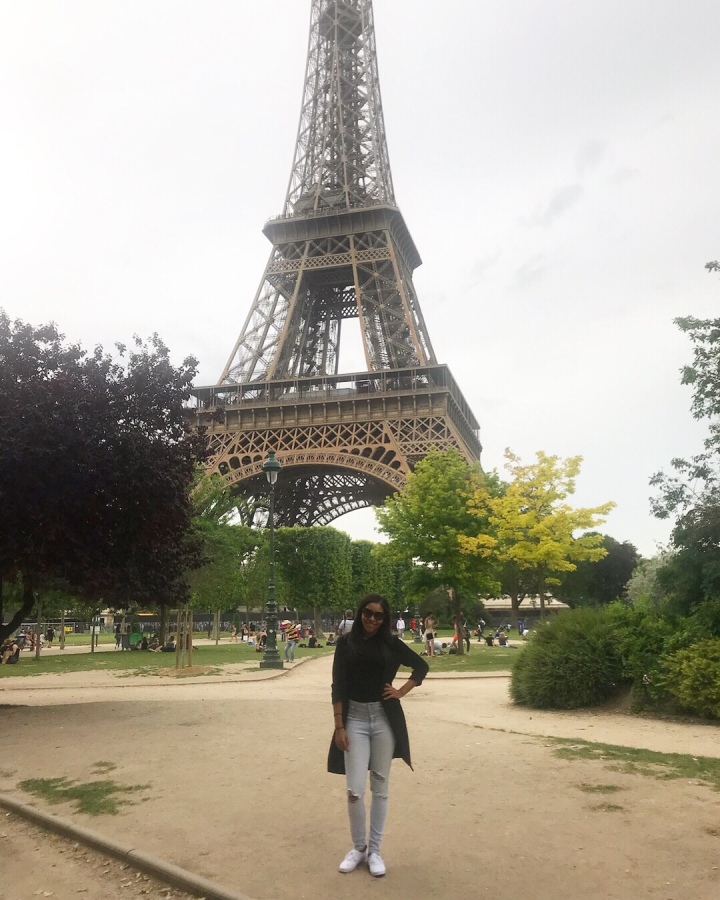 Next stop: Montmartre, my favorite neighborhood that overlooks the rest of the city. The hike is extremely intimidating at first, but it is well worth the tight thighs and shortness of breath. If you’re not up for it, feel free to take public transportation or the lift, or stop along the way up to turn around and watch the city’s skyline develop with each step in elevation.

Next stop: Pont des Arts, better known as the Love Lock Bridge. Or what used to be known by the international nickname. Having inspired mock lock bridges around the world, the most famous one has unfortunately been “unlocked” due to the heavy weight of the locks causing damage to not only the bridge, but the River Seine underneath. A few locks remain on lamp posts along the bridge and surrounding area, so your love lock might still remain. For the millions of other locks that were chained to the fence, I’m sorry to report that they have met their end.

Just a short walk from Pont des Arts is the Louve, the museum that every traveler points to the top of from a distance, similar to people leaning on the Tower of Pisa in Italy. Other stops on the Paris tour include the windmills of Moulin Rouge, Notre Dame and it’s giant ringing bells and of course shops with a tower of macarons in the window.

As I said, I was set to explore the neighborhoods you don’t usually think of when you think Paris. Follow me on the rest of my adventure through the cobblestone streets, past the creperies and to the rest of what Paris has to offer.

Until next time… Jae Marie

Looking for the the latest and greatest in the beauty world at Make Up in New York. 💋
Can you tell I love Cuban food? Meet me at @cubalibrefortlauderdale, South Florida! 🇨🇺
When you want mojitos but also fried rice, meet me at @calledaonyc
Hello rum punch and island vibes at Jasmine’s. Curry chicken for the win! 👋🍹
Rooftops, tacos and sangria… what more could you ask for this summer? 🌮🍷
Did you know I played tennis growing up? Summer in NY isn’t complete without a trip to the U.S. Open 🎾