Looking for something to watch this weekend? This week I discovered my parents have Disney+, so naturally I seized the opportunity to catch up on old DCOMs, Pixar movies I have yet to watch, and classic Disney shows. Here are a few picks I’ve been watching this week. Grab the popcorn, a bowl of ice cream and check them out.

A cultural lesson on Día de Muertos, young Miguel is on a mission to keep music alive in his life while trying to stay alive himself. Super cute and highly recommend.

I’ve seen this one before, and did not like it then, so I decided to give it another shot. Moana’s family is in charge of the island, so when they start running out of resources, she sets out to break the curse of an old tale and help the island thrive again. I made it about half way through before I turned it off this time. Sorry Moana fans.

I’ll admit I had to restart this one over a few times to really understand what was going on. Lesson of the film: love and appreciate your family, but know that traditions are meant to be broken and revamped. Not sure if there’s a connection between Scotland and bears, but I’d love to know if there was a cultural significance, or if Merida’s dad just likes bears.

To help power their city, monsters collect the screams of children. Kind of sick when you think about it. The one rule is to never let the kids touch you. When one ends up in the factory in Monstropolis, the two main characters have to figure out how to get her back, while uncovering some shady operations at the energy plant. If you like number one, check out Monster’s University for a flashback.

Working at summer camp when this movie first came out was a major turn off in my desire to want to ever watch it, but I gave it a shot. Basically the Ice Queen can’t control her powers, freezes the whole town and runs away. Her sister runs after her but is on the verge of freezing to death, while an angry mob of men hunts after her in an attempt to get her to thaw it out. Huge twist at the end of this one I didn’t see coming so I might give the sequel a chance. 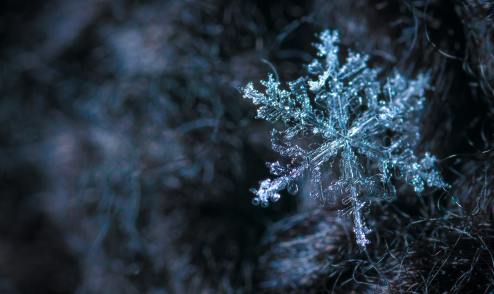 The story of Rapunzel. An evil lady kidnaps the newborn princess who has magical hair due to an enchanted flower. If you cut the hair, it loses its power, so the evil lady keeps Rapunzel locked away in a tower, who of course, wants to go out and explore. Will she make it out? Will she keep her hair? Watch and find out.

Just a shy teenage girl who finds out her dad was actually the prince of a European country. Naturally, she’s next in line to rule. Will the help of her grandmother and some princess lessons help her fulfill her duty as princess of Genovia? Again, watch and find out.

Beauty and the Beast

I ended up watching the live action version and honestly it could not keep my attention. Maybe knowing the story line didn’t help, but I really just went for the songs. Cool special effects though!

Awkward Lizzie takes a post-graduation school trip to Rome, where people mistake her for an Italian pop star, Isabella, that she happens to look exactly like. Her singing partner, Paolo, takes her on an unchaperoned adventure through the streets. Lizzie agrees to pose as Isabella, who is MIA, at an upcoming award show so the record company won’t sue Isabella. Will she get the routine down before the curtain rises, or does something else keep the show from going as planned?

A hilarious show about a high school girl who can see the future. She tries to prevent things from happening, but we all know that she’ll be taking us on a wild adventure before closing out the show with a heartwarming lesson. If you need to laugh, this is a MUST.

A bickering mom and daughter switch places after cracking open a magical fortune cookie. They’ll have to see what it’s like to really live as the other as they try to figure out how to switch back before the mother’s wedding day. As a Lindsay Lohan fan, this one will always be a classic.

I’ll be back breaking down a few DCOMs soon!