We made it to the weekend! Do you have any plans? As promised, I’m back with some Disney Channel Original Movies I’ve been watching on Disney+. Grab the snacks and tune in!

If you’re into sports, this DCOM about real life drag racing sisters Erica and Courtney Enders takes you through what juggling competitions, French class and teenage boys is like.

Another sports film inspired by real sisters, this time, WNBA stars Heather and Heidi Burge. The story takes you through their start as volleyball players, and transitioning to high school basketball to catch the eye of college scouts.

Ever wonder what it’s like to live in space? According to the Zenon series, we’re just a few years away from scientists going anti-gravity and moving their families to the space station. Aliens contact Zenon in the second one, but she has to figure out what exactly they want from her. With all of this space exploration, game developers end up on the moon, but if we learned anything from living on Earth, it’s that we have to protect our home before it fights back. And Proto Zoa’s songs are still a hit.

Johnny is a surfer from Hawaii whose dad gets relocated to Vermont. He trades in the surf board for skis to try to fit in, but eventually gets caught in the battle between the “higher class” skiers and “lower class” snowboarders. Which will he choose before he heads back to Hawaii for his grandfather’s wedding in number two, Johnny Kapahala: Back on Board? This time, he’s trading in the snow gear for a helmet to keep up with his new rebellious pre-teen uncle-by-marriage for a lesson in mountain boarding.

A true classic. Four girls in music group try to make it big in New York, but will fame get to their talented heads? In the second and best installment, they head to Spain for a music contest, strutting around the city and getting a lesson in how far some will go for fame. In the third one, the group grabs their passports again to head to India for a Bollywood experience.

Stuck in the Suburbs

When a pop star comes to the suburbs to film a music video, two teenage girls mistakingly switch phones with his assistant. Now with the heartthrob’s contacts, schedule and life in their hands, what can possibly go wrong? A cute pick if you want to feel 13 again.

Now You See It

A new show is looking for magicians, but Danny Sinclair is better than the rest. A little too good. He just might be a real wizard who is just discovering he’s no amateur. Not too bad if you’re looking for a more serious movie. 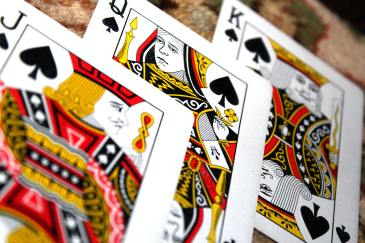 Another DCOM, this time, about a girl group that needs some star power. Their tech genius friend programs up a simulated lead singer that helps put them on the map, but she will soon find out she can’t do everything that real humans can. Not terrible, but not at the top of the list.

I originally saw Descendants 2 years ago and was so into the concept of villain kids that I watched the first one. There’s always a song that I end up skipping, but the story line is actually interesting. Their parents might have been bad, but that doesn’t mean their kids are. If you do end up watching, just go in chronological order.

What have you been watching? I’m always open to recommendations!