Journey to the Field

When I was younger, I trained as a competitive baton twirler. I wasn’t that good, but I remember our coach preparing us for after high-school when cheer and dance would be our avenues to continue in professional performance. Fast forward to college when I joined our cheer team three years. Following college, I took a year or two off before deciding I really wanted to give the pro dance and cheer world a try. I searched my new South Florida home for semi-pro teams I thought I might have a chance with and found the Palm Beach Mako Cheerleaders. I made the team. 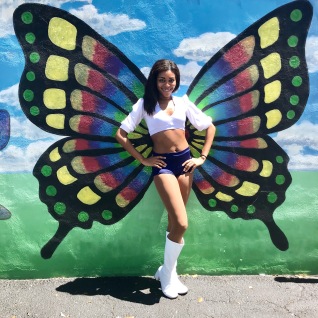 We cheered for our football team, but beyond that, did appearances at parades, walks, charity events, super bowl parties and other festivities around the region. It was great to grab a pair of poms again. 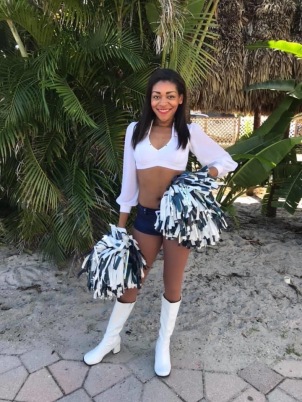 Here I met other women who also were fans of dancing, some who it was just a hobby for, but many had dreams of making it to the NFL or NBA. South Florida is home to MLB, NFL, NBA and NFL teams that have teams, whether an ice crew, dancers or cheerleaders. I was encouraged to go to prep classes and auditions just to get a feel for it. I was cut in round one, but I was able to see what it takes.

When I moved to New York, I wanted to get used to living in the city and on my own, so I put dance to the side, despite being in the best performance town ever. Last minute, I decided to try out for another pro team up there. I woke up early, put on fake lashes for the first time, traveled across state lines, and met someone else auditioning along the way. We finally found our way to the stadium and the feeling of walking up and seeing its massiveness and a huge welcome sign was insane. I could potentially have my photo up there one day. The view from the audition floor was even more surreal, overlooking the field from the suites, just like game day fans would. I had no expectations going in, but made it beyond round one, a step further than last year. Then my journey came to an end right before finals. 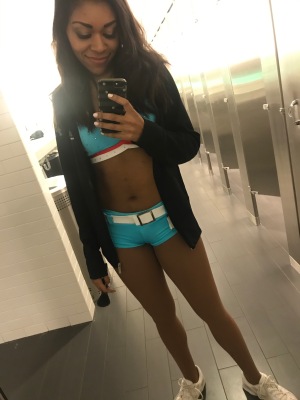 I honestly had THE best time meeting all of the others who were auditioning, learning choreography and having the opportunity to be in the running. Hopefully one day I’ll be able to make history and take the field, cheering on a team to victory, but for now, I’ll be stretching.